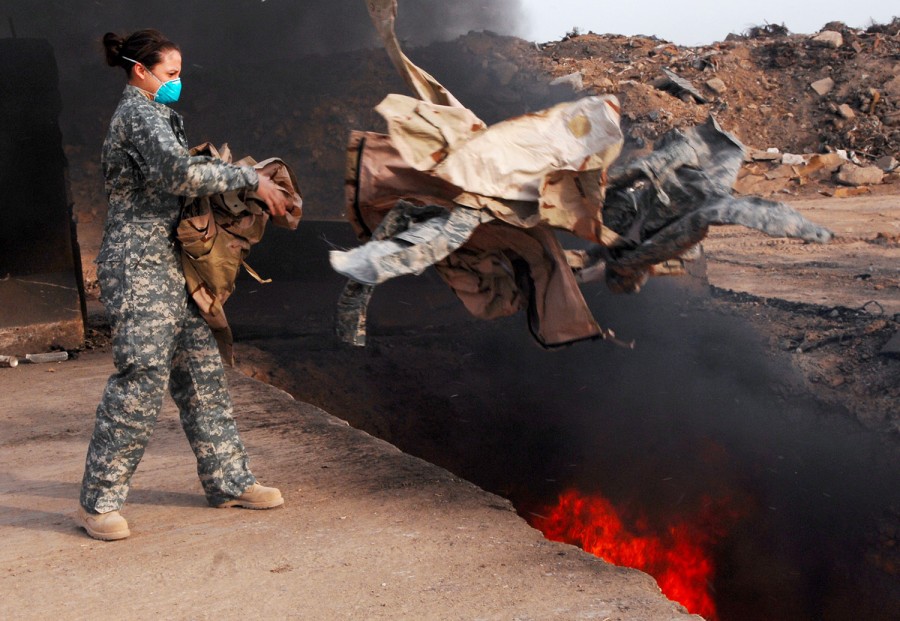 Military and veteran health care providers would be required to ask service members and veterans who test positive for the coronavirus about their exposure to burn pits under bipartisan legislation introduced Wednesday in the Senate.

The Pandemic Care for Burn Pits Exposure Act, introduced by Sens. Amy Klobuchar, D-Minn., and Mike Rounds, R-S.D., is designed to ensure that service members and veterans with exposure to burn pits, which often impacts the respiratory system, receive the care they need if they contract the coronavirus.

Burn pits were commonly used during the first several years of the Iraq and Afghanistan wars, and in other wars, as a place to get rid of anything the military no longer had use for, such as computers, tires, medical waste and aircraft engines. The smoke that drifted across military bases from these pits often included toxic chemicals linked to cancers and chronic respiratory illnesses.

If passed into law, the bill would require the Defense Department and Department of Veterans Affairs to ask service members and veterans who have tested positive for the virus if they were exposed to burn pits to ensure they receive proper care, according to a release from Klobuchar’s office.

Those who answer yes will be enrolled in the VA’s Airborne Hazards and Open Burn Pit Registry, unless they choose to opt out. That registry collects names of veterans who voluntarily provide their information and details about personal exposure to burn pits on deployment.

“Many of our service members and veterans are particularly vulnerable to the coronavirus pandemic, especially those who were stationed near burn pits,” Klobuchar said in a statement. “As a result of being exposed to toxic substances from burn pits during their military service, many suffer from significant respiratory illnesses, and now they may face heightened health risks during the pandemic due to previous toxic exposure. This legislation would help to ensure that they receive the care they need.”

Rounds expressed similar thoughts in a statement and said the legislation will also enable the VA’s Airborne Hazards and Burn Pits Center of Excellence in New Jersey to conduct research on how coronavirus affects individuals exposed to burn pits “so that the government can develop better protection and treatment strategies for those who have answered the nation’s call.”

“Collecting additional data and informing the treating medical professional of historical lung exposures is a critical step in understanding the risk factor of a patient affected by [coronavirus]. We support this legislation and look forward to seeing it pass,” said Derek Fronabarger, a spokesman for the Toxic Exposures in the American Military Coalition, which has offered its support for the bill. The coalition is comprised of 30 veterans organizations, including Iraq and Afghanistan Veterans of American and Wounded Warrior Project.

The legislation is cosponsored by Sens. Tammy Duckworth, D-Ill., and Dan Sullivan, R-Alaska, both of whom are veterans. Duckworth is a retired lieutenant colonel who deployed to Iraq in 2004 as a Black Hawk pilot with the Illinois Army National Guard. Sullivan is a colonel in the Marine Corps Reserve and deployed to the Middle East in 2004 and Afghanistan in 2013.

Klobuchar and Rounds teamed up in April, sending a letter to the VA asking the department to take additional measures to make certain that all at-risk veterans — including those exposed to burns pits and other toxic substances — receive the care they need during the coronavirus pandemic.